With rising fuel prices, food prices, employment issues, not to mention a war, there’s a lot to complain about. 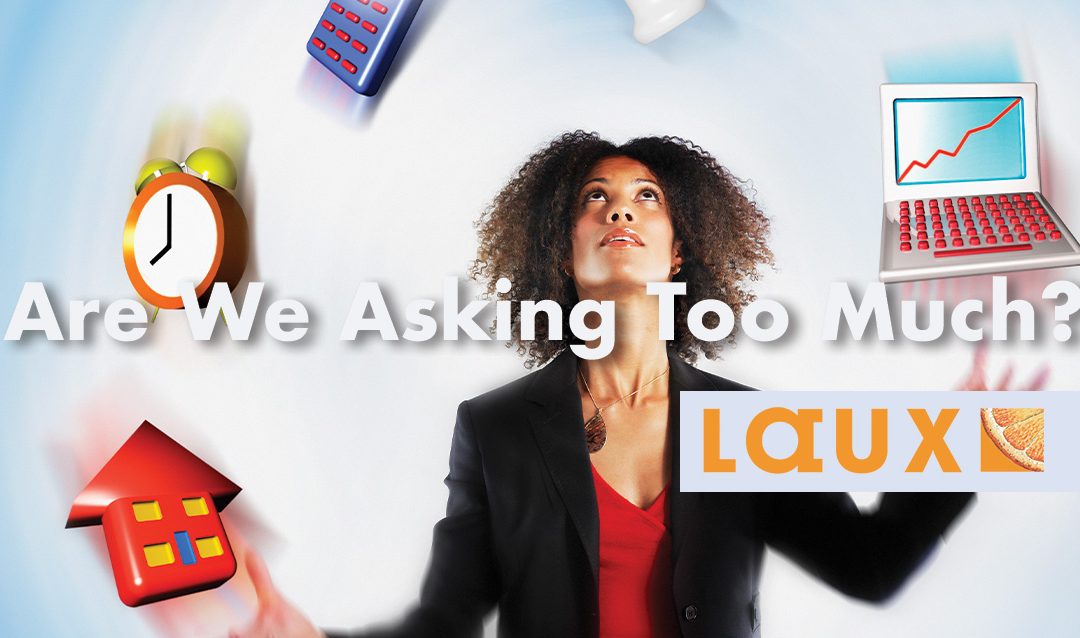 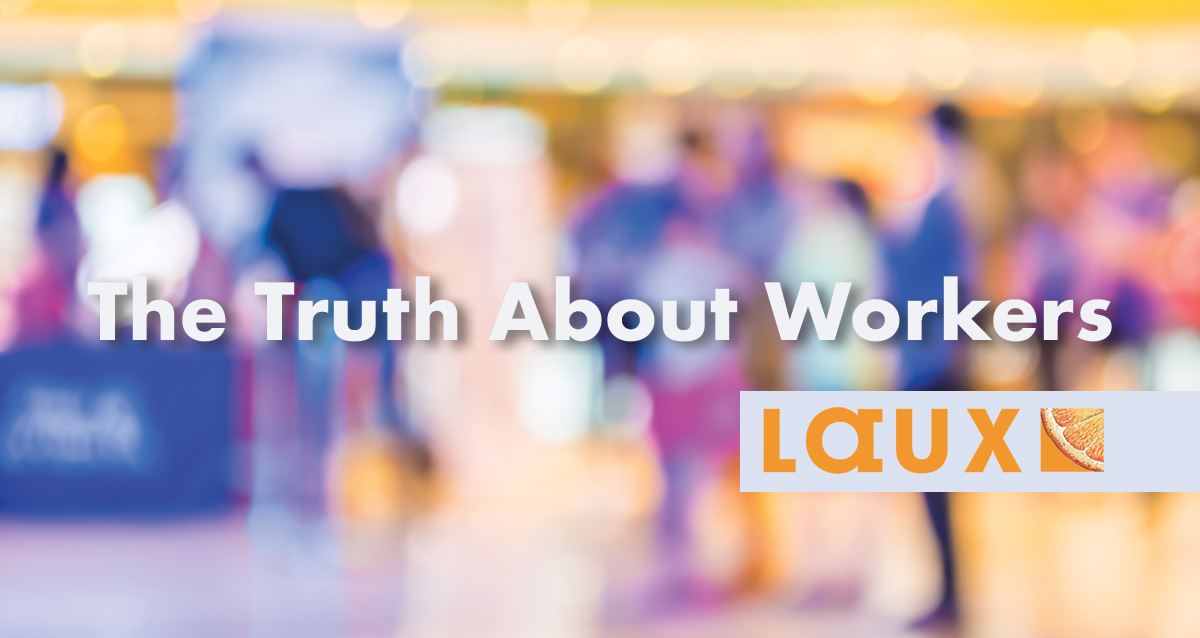 Have We All Lost Our Minds? Or Do Most People Just Wanna Complain? Is There Another Option?

With rising fuel prices, food prices, employment issues, not to mention a war, there’s a lot to complain about.

Talking to the CEO of a meat packing company the other day, he told me his biggest pain point is that he needs to hire about 400 people to start fulfilling orders. He said: “I have about 2,500 employees at the moment, a stack of orders for my products, and I need at least 400 more people to make good on those orders.”

He went on to say that he didn’t believe people wanted to work anymore. He said people would rather stay at home and collect money from the government than work. He also said we should do away with any support for those ‘freeloaders’. He was obviously frustrated. But also a little narrow minded in my view. And perhaps trying to hold onto a business world that no longer exists.

IMO: The Truth About Workers

I have two thoughts about the employment issues we are all facing, despite what this CEO thinks. One, people do want to work, but there are real reasons why some are finding it difficult to take a job. Two, workers in the United States are finding themselves in a unique position at the moment: there are fewer of them than there are jobs. This won’t last forever, probably, but at the moment, with less than 4% unemployment, most people in our country can be choosy when it comes to where they work.

When I asked this CEO if he would take a job in his company for fifteen bucks an hour to package meat when he could just as easily take a job at Target for twenty-four bucks per hour packing shopping bags, rather than answer, he swore at me and hung up. The question must have hit a sore spot. But my question wasn’t meant as an insult, it was meant to look at the employment question differently.

Don’t get me wrong, I’m not against making a lot of money (I do that myself), but I am against complaining about how nobody wants to work when I’m not willing to look at the job I’m offering and at what price I’m willing to pay.

BTW: The CEO of Otis Said It First

Years ago I was in a planning meeting with the CEO of Otis Spunkmeyer and his sales and marketing team. He said: “If you’re flying on autopilot and the ground changes, you are not likely to survive.” He was trying to get his sales and marketing team to think about the business differently. At the time, Otis Spunkmeyer was a DSD business, and he was trying to pivot the business to sell through standard distribution. His sales team wasn’t moving very quickly in that direction, so he decided to be direct in his request for his team to get on board.

Like then for otis, this moment in history is pivotal for business and politically. The landscape in business, politics, and human nature is changing rapidly. Prices are rising, the world is at war (maybe not directly, but certainly world war three has already begun in spirit at least), and we are entering into the slowest population growth rate since the early 1950’s.  According to Pew Research, over a third of the workforce, or around 41 million workers, come from the Baby Boom Generation, born from 1946 to 1964. As the end of the Boomer Generation retires, there is going to be a real problem getting people to work for you.

Q: Can you make a better world and build a strong business at the same time?

The short answer is yes. The long answer is also yes, but not the way we’re headed at the moment. The problem is, most business leaders think in a two-dimensional way. They tend to look at the world through the eyes of a business owner from the 1960’s. When I speak with CEO’s like the one at the meat packing company, they think their workers should be grateful for anything they get. The incentive for that line of thinking is the same as it was decades ago. As the CEO, I should be paid lots of money, and you, as a worker, should not.

But, what if we changed our minds and our business incentives?

An idea I have been thinking about is one of incentives. What if, as a board of directors, and even as a nation, we didn’t look for a minimum wage at all. What if, instead, we tied the wages of management to the rest of the workforce. Hear me out. What if companies simply put a cap on how much more anyone in a company can make when compared to anyone else in their entire system. This would include any forign suppliers as well as those who actually work for the company in any capacity.

The argument against this idea would be that we can’t be expected to control how much a supplier pays their employees, and if we did pay everyone more, prices would go up and up and up. But that simply isn’t true. You may not want to control what is being paid in association with how much you make, but you certainly can. It wouldn’t even be difficult. Just tell your CEO, business owner, COO, etc. that from now on, they are going to make 250% more than the lowest paid employee in our entire system and not a penny more. And if they want a raise, great. Find a way for everyone else to make more as well. And not just the people working for your company, but any company you buy from.

Keep in mind, these people are brilliant. And they will find a way to make fortunes even with those incentives.

My brother is a very conservative person. He’s a good guy, too. Funny, hard working, and a good father. But he also has some very strong opinions about ‘other people’s jobs’. As an example, not long ago he was telling me that people who work in quick service restaurants are “just flippin’ burgers, and don’t deserve to make more than they do.” As a side note, he also complained that it has been taking too long to get his burger lately, without drawing any connection between the two thoughts.

Here’s the question: is he right? Do burger flippers, or janitors, or meat packers deserve less money than truck drivers, sales people or CEOs? Maybe. But how much less? I mean, if it’s a job worth doing, isn’t it a job worth being paid a living wage? My brother, and a lot of my restaurant and food company clients, would argue that if we pay low-skill workers more money, the price of everything will go up and up and up. They narrow mindedly think those workers are all tied to keeping prices low. So the answer in their minds is, no, we can’t afford to pay them a living wage. They will argue that these are temporary jobs, a place to ‘step’ on your way to something better up the ladder of success.

Except when you think that way about a job you’re offering, you suddenly project yourself and your job as not worth doing in the first place. Instead, what if, just for the sake of argument, we decided to change our minds about what people are worth. What if we tied the incentives of our CEOs, human resources directors, company presidents, and anyone with any authority for that matter, to the success of their co-workers? If the CEO, COO, president, owner and all the rest in any company were told the only way to make a higher wage was to get more money for everyone that worked in the company. What do you suppose would happen?

Here’s what I think. People would start to make more money, and our society would start to change. CEOs like the meat packer who hung up on me would not be bitching about his workers, and he would no longer be embarrassed about the jobs he is offering.

What do you think?

I would love to hear your view. Leave me a message, even if it’s just to bitch about what a fool I am to think that the wages of workers and the income of business leaders should be connected. I can be reached here: [email protected]

And thanks for coming to work today.