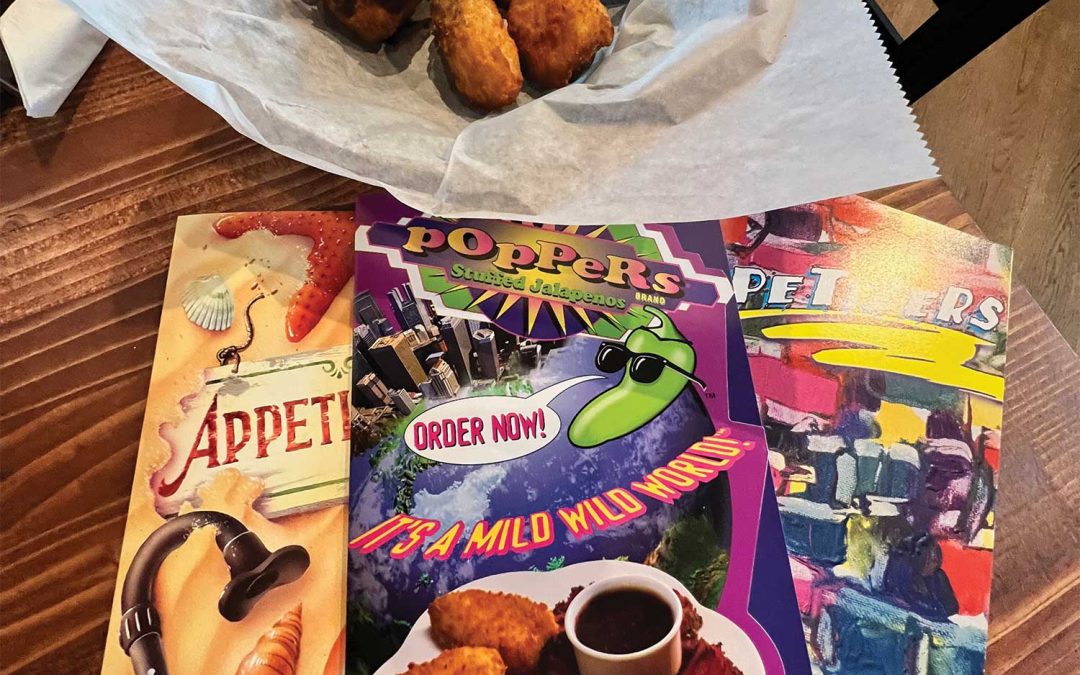 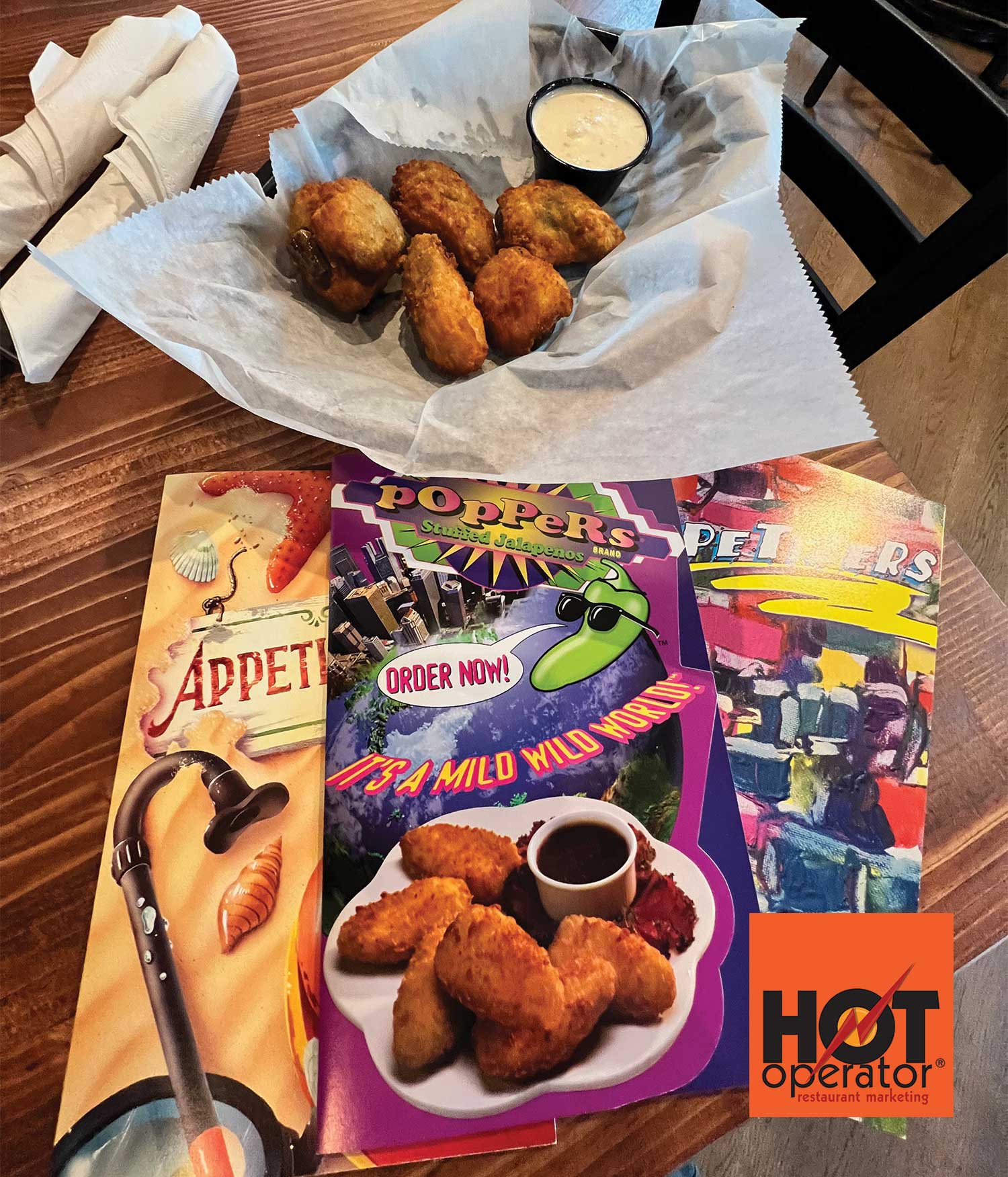 Rereading Simon Sinek’s book “Start With Why” got me thinking about why I started HotOperator all those years ago. At the base of the idea was a new product that wasn’t selling well in foodservice. The product was Stuffed Jalapeño Poppers, and the client was Anchor Food Products. This was back in the late 1980’s. One of the owners of Anchor Food Products and I went to the National Restaurant Show in Chicago together. He had never been to a trade show before, and I will never forget the look on his face. His eyes got real big, and he said: “Did you know there were going to be customers here?”

At the show Leon’s Texas Cuisine, a small Texas appetizer company, was selling stuffed jalapeños called Jalitos. We loved the product along with the idea of a stuffed pepper and my client offered to buy the company. The owners of Leon’s didn’t want to sell, so we came up with the Stuffed Jalapeño Popper. Shortly after, Anchor Food Products started selling them to restaurants across the country. The name Poppers was launched because in our initial research we discovered that consumers initially thought the product was Mexican and that it would be hot. That made them reluctant to order the product. The name Poppers in consumer studies proved to be more ‘white bread American’, and consumers were much more likely to try the product. It made the product seem mild, not hot.

Why Poppers were slow to take off.

The problem we faced was, the product was a dog in most restaurants. A dog means the product didn’t sell well, and it offered a lower than average profit for the restaurant. So, while the initial sales of the product did pretty well, repeat business was not what we had hoped for. Restaurant operators weren’t putting the product on their menus. And once the table talkers we offered ran their course (on average in about 10 days), consumers stopped ordering them.

In interviews with restaurant operators, we discovered that consumers liked Poppers. But anything that wasn’t on the menu didn’t sell. When we inquired about how to get Poppers on menus, almost all of the respondents told us that they only changed their menus about once per year. So we would have to wait to make that happen.

To get the Anchor Jalapeño Poppers to sell, we approached Anchor Food Products to allow us to build a website that offered restaurant operators an appetizer menu for free. All they needed to do was place two Anchor appetizers on their menu, one of which had to be Jalapeño Poppers. After we launched the website in 1993, we printed menus for more than 60,000 restaurants across the country.

Not just any menus, Design-Engineered Menus.

While we were designing the stock menus for the Anchor menu website, we started to research how to build a better menu. We came across information about menu engineering developed by Michael Kasavana and Donald Smith in 1982. Professors from Michigan State University School of Hospitality, they found it was possible to influence customer’s decision towards menu items that have more significant benefits for the business. We applied their science along with our creativity to help sell more Poppers.

The results are in.

During the second year of offering free, well engineered restaurant menus, we found that the program was very successful. At the peak of their performance, Anchor sold more than 2.5 billion Stuffed Jalapeño Poppers per year. You read that right, that’s 2.5 Billion, with a ‘B’, making the Poppers brand nearly $100 million in sales. The menus, and especially the menu engineering, along with a number of promotions worked wonders to launch the brand and make it a household name.

So, why I started HotOperator.

At HotOperator, we have a passion for building menus that are not only beautiful, but also effective at making money for our clients. They are well written, engineered properly, and they look great. They are an expression of the brand of the restaurant, and make a fantastic first impression for the business.

Why you should use a HotOperator Menu.

So often today you see simple, generic menus that do not use the basic techniques offered by Michael Kasavana and Donald Smith. The resulting menus are not only unattractive, but insulting to their guests. This in turn makes unhappy customers, lower profits and an unstable kitchen.

You should have HotOperator design-engineer your menu because you will get a much better menu. Your guests will be happier. You will make more money in the long run. Your kitchen will run more smoothly. And your guests will like the food better. I imagine that’s hard to believe, but it’s true. There are techniques we use to get your guests to actually love your food more.

More importantly, you will be working with a restaurant marketing team that is dedicated to making beautiful and effective custom menus. We love this stuff, and we love the food industry. We love working with restaurant operators, and coaching our clients on how to better position themselves in their markets.

These are not just my opinions. These are facts, proven time and again over years of practice and research.